Listening to The Spirit

Looking out over the pool area of Zimbali Hotel, Ballito.

A long weekend getaway is pretty much bliss… We were away for a couple of days and I was totally blessed by it. Amazing friends and time away with them means relaxing and fun moments filled with love and laughter… The weather turned out to be cold and rainy most of the time with small spurts of sunlight breaking through the clouds in only certain moments…it was also windy but it gave us more time to relax instead of only being busy doing stuff all the time…

We definitely enjoyed making food together and eating out, listening to music, watching movies and series, playing games indoors, making jokes and laughing but most of all getting to talk and catch up and just spending quality chill time together.

But apart from the bliss, Satan was definitely at work this past weekend..trying to steal the joy, trying to condemn, attacking constantly through thoughts, nightmares, keeping us awake and out of sleep, trying to make us sick, bringing us to tears, attacking our identity in Christ, bringing up my past and using it as cheap shots to scare me and make me feel unworthy, trying to cause accidents..

But even so, God somehow turns it all to our good and blessed us even more over this weekend making Satan’s attempts look poor and like epic fails… It really was a blessing as every  time the devil attacked, God would bring Jean and I even closer to one another and draw us close to Him…but it does take practise trying to listen to the Holy Spirit instead of what I am experiencing in the flesh, in the carnal due to the devil… It took a while to learn how to focus what God does in the Spirit rather than what I am seeing with my eyes and hearing with my ears and feeling with my emotions..over the weekend God really helped and came to my rescue over and over using His Holy Spirit to show me how to see and hear in the Spirit instead of the carnal…

You really need to listen to the Spirit and trust what He tells you and what He shows you and makes you feel and be obedient towards that as the weekend I saw how that can be the difference between life and death in a very real way.

Sunday we travelled back from Ballito and finally stopped at Eliné’s house. She offered that we sleepover at her place instead of driving home that time of the night..home being Pretoria. Jean said he felt he needed to be at work early and thought I wanted to be home so decided we’d drive home. Meanwhile I felt something terribly wrong and felt we should sleepover at Eliné’s. But I didn’t say anything as I had developed a headache and thought maybe I was just being weird or imagining it.. Jean and I then left her house heading back to Pretoria but the further we went the more unsettled I felt and the more the headache started going away…feeling this was Satan’s plan I started closing my eyes and trying to block my ears so that I would not get distracted by what I see and hear around me but would rather focus on trying to hear God’s heart again(something I’ll explain later). At the same time Jean suddenly started praying in tongues because he felt he wanted to. God slowly showed me how Satan was trying to take something Eliné had said earlier and prove it wrong by causing an accident and using her two friends(that being Jean and I) and how Satan now wanted us dead…as he hadn’t been very successful at his other attempts to break our spirits earlier this weekend… As God showed me that picture and Jean started to relax while praying and driving, I decided to open my eyes and as I did, this huge white rabbit came sprinting toward our car from absolutely no where…Jean got a fright and so did I but the rabbit just missed the wheel and car by less than a split second…If Jean hadn’t relaxed in God’s presence while praying and I hadn’t closed my eyes I would possibly have made a scene and Jean could easily have panicked and swerved out causing a huge and possible fatal accident…If he didn’t swerve, even then the rabbit would have caused a lot of damage…. I burst into tears closing my eyes as I realised just how close that was and that God had warned me through the Spirit earlier but I had said nothing. I then told Jean about that feeling and for a while we couldn’t decide what to do….We drove on towards Pretoria for a while and I felt even more uneasy…so I made a choice and asked Jean if we could rather turn back to Eliné’s house. As we did that, Jean and I both started getting headaches but I suddenly felt a lot calmer….Satan was going to try again as he had just failed with the rabbit, so now he made a poor attempt using a headache to try confuse us, so that maybe we’d just want to get home and he could have another go at trying to cause an accident…but we headed back to Eliné despite it all. Accident free and slept peacefully that night at Eliné’s. The next morning we both felt at peace and headed safely towards Pretoria. Arriving safely too.

Us girls at the beach – windy day though.

Cooking – time for fun in the kitchen

So after an amazing weekend, God has definitely blessed me, and taken what Satan intended to harm us and turned it into good and has helped me in trusting the Holy Spirit and shown me how to look beyond what we see and hear in the carnal, focusing only on Him. 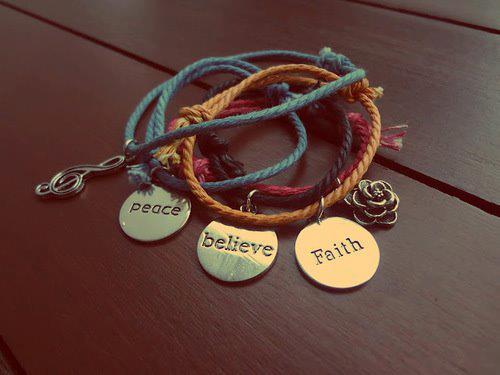